We look forward to another exciting year of blitzes in 2017. Learn more about our Birding Blitz project here, and stay tuned for the 2017 Birding Blitz announcement this winter. 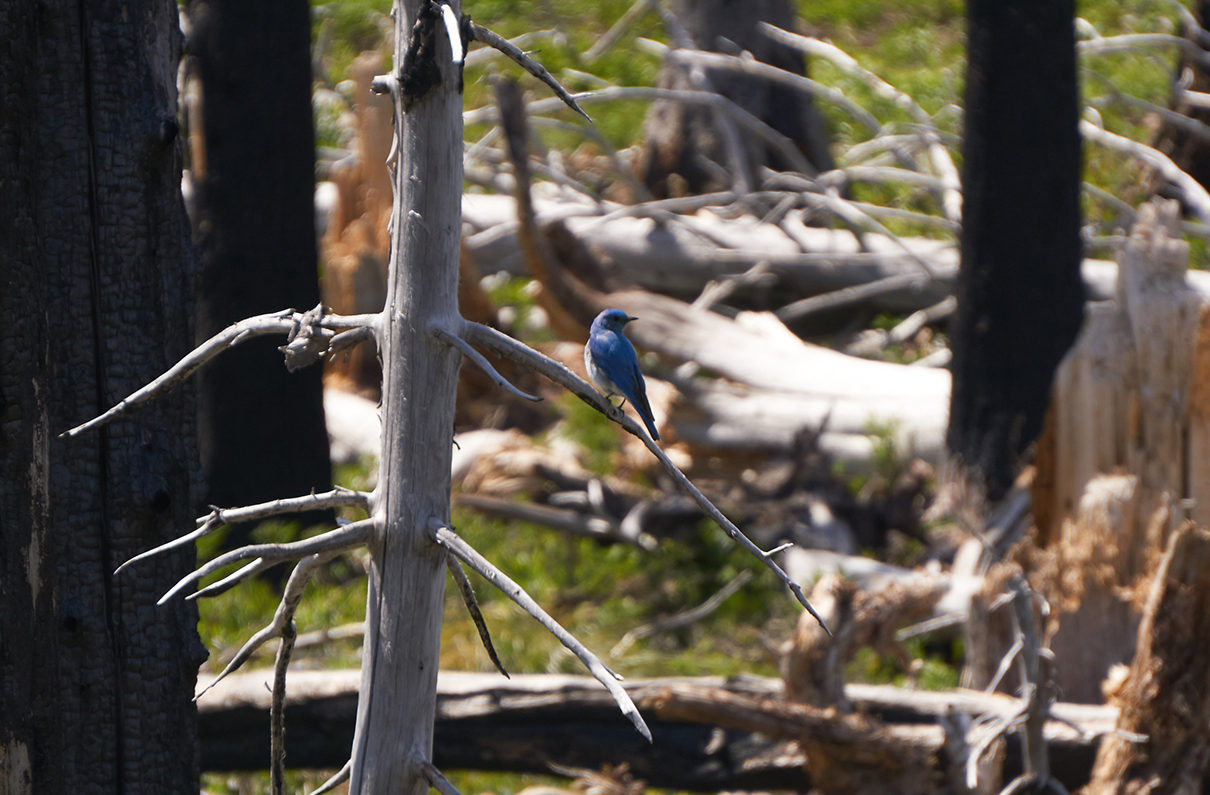 The habitat diversity in Jackson County quite interesting; we turned up about 170 species. Some of the more interesting were a late SOLITARY SANDPIPER and a male TRICOLORED BLACKBIRD at Avenue G ponds, a couple of PYGMY NUTHATCHES in the far northeastern part of the county, a few BANK SWALLOWS, a couple of NORTHERN MOCKINGBIRDS, and a GRAY FLYCATCHER (migrant, no doubt). Running into groups of gnatcatchers and the other oak-loving birds was fun.

Despite intensive searching by Randy Moore, no Horned Larks anywhere (we suspected that already, but he searched hard).

Participants included Doug Robinson, Tyler Hallman, Jenna Curtis, Randy Moore and Spencer Mair in the field. Camden Bruner squeezed in some counts for a square. We want to thank Russ Namitz for sharing a specialty with us and discussing where to find other cool birds in the county.

Another pleasant part of the blitz was interacting with folks at the Mountain Bird Festival. We encourage you all to consider attending the Festival in the future. It was fun and well attended, with many nice field trips. 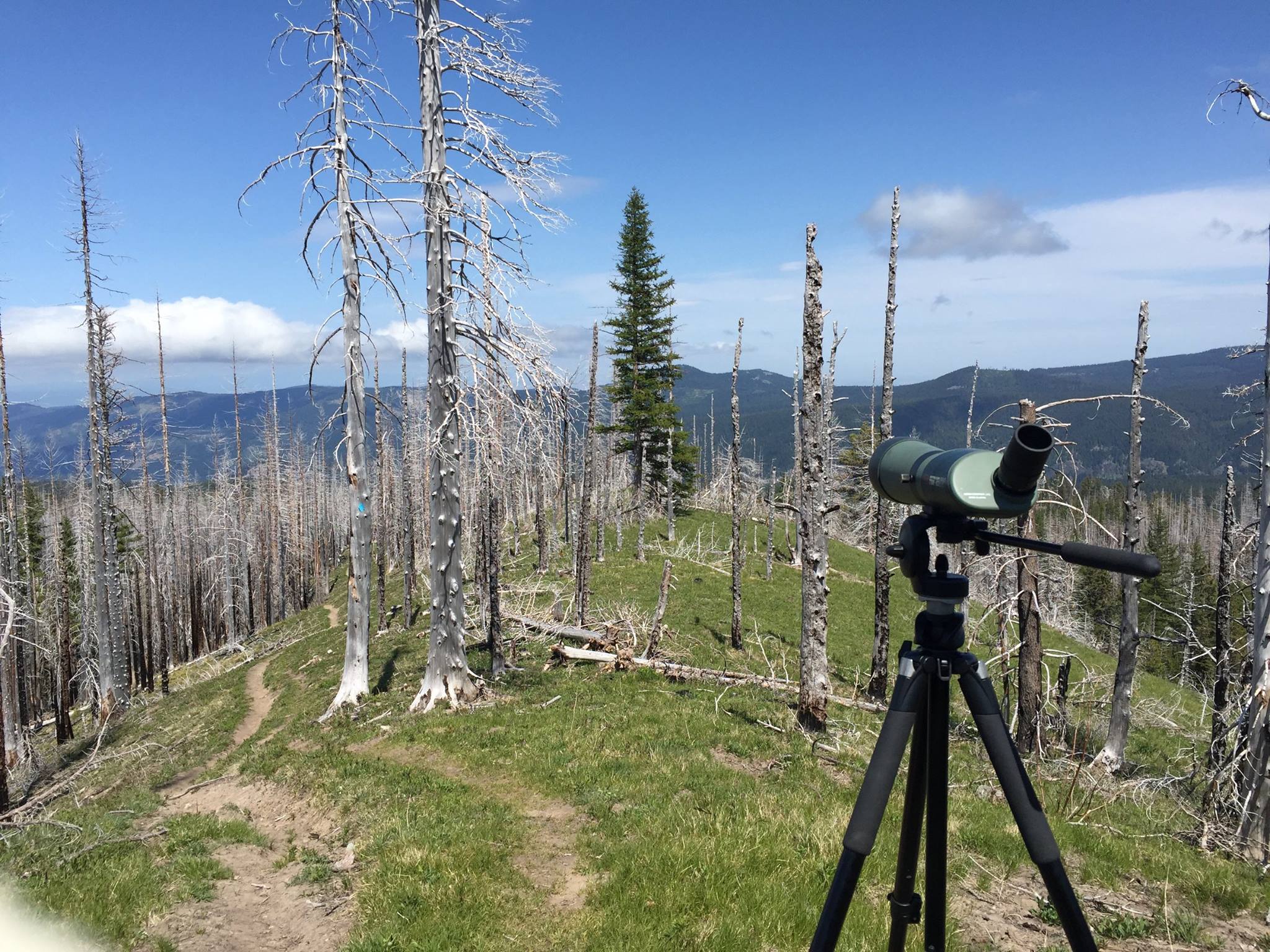 25-28 May, 2016
In all, we found about 122 species, not too bad for a very mountainous and very windy county. Aside from spectacular scenery and good food at Full Sail brew-pub, we enjoyed a few good birds. Interesting discoveries were a Black Swift seen flying along a ridge near Parkdale on 25 May, a singing RED-EYED VIREO near the intersection of Eastside Drive and Highway 35, a good number of ASH-THROATED FLYCATCHERS in the northeastern oak section of the county, a COMMON LOON from Blackberry Beach at Cascade Locks, a GOSHAWK along the Tilly Jane trail, and lingering WESTERN and GLAUCOUS-WINGED GULLS along the Columbia River.

We were able to count in all the squares (well, the Bristle-thighed Curlew was snowed in, so we counted around that one), which was very satisfying. We had a great group in the field, including Mark Baldwin, Mike Bogar, Barb Bresson, Char Corkran, Jenna Curtis, Cathy Flick, Tyler Hallman, Elaine Rybak, Beth Slikas, and Doug Robinson.

3-5 June, 2016
Altogether, we counted birds at more than 500 locations during the blitz. We found just north of 140 species, not bad for the first few days of June. Most interesting species were a VEERY seen and heard by Tyler Hallman along Old Woods Road; unfortunately, the habitat was extensive there so it was probably just wandering through and did not stay for others to find. We found a couple of DUSKY FLYCATCHERS, one at Mt. Hebo and one at Cascade Head, both surely late migrants. A couple of LAZULI BUNTINGS and a YELLOW-BREASTED CHAT were local uncommonalities. We did reasonably well digging out lingering coastal species with all 3 scoter species, all 3 loons, at least one CLARK’S GREBE, several BRANT and four HARLEQUIN DUCKS. A couple of HEERMAN’S GULLS were present. We could not find the LARK SPARROW that was photographed at Cape Meares.

The weather was excellent and coastal beaches were covered in people escaping the Valley. We counted in all the hotspot squares, save 3 that we counted near because of road construction, safeguards around nesting Peregrines, or new gates across roads. Nevertheless, we were quite pleased with our success.

16-19 June, 2016
Neither rain, nor hail, nor sleet, nor cold winds kept us from our appointed rounds. We encountered it all. And we had a great time. From the Columbia River through the wheat fields and foothills to the lush valleys of Ukiah and the Blue Mountains, we enjoyed the beauty and the birds. In the end, we counted birds in more than 95% of the Oregon 2020 hotspot squares, a nice accomplishment.

We found 170 species. Diversity was quite patchy, so our extensive coverage of the county revealed some nice finds. Some of the interesting discoveries included a non-breeding-plumaged COMMON LOON on McKay Reservoir, many GRAY CATBIRDS and VEERIES along the Umatilla River and other drainages on the eastern side of the county, a few RED-EYED VIREOS along Cayuse Road, several COMMON POORWILLS along Gurdane Road, a field in western Umatilla County that contained individuals of SWAINSON’S HAWK, FERRUGINOUS HAWK, GOLDEN EAGLE, BALD EAGLE, PRAIRIE FALCON, RED-TAILED HAWK, and AMERICAN KESTREL. A couple of CLARK’S GREBES above McNary Dam, BOBOLINKS just west of Ukiah, and a few GREEN-TAILED TOWHEES along the Texas Bar NF-55 road. 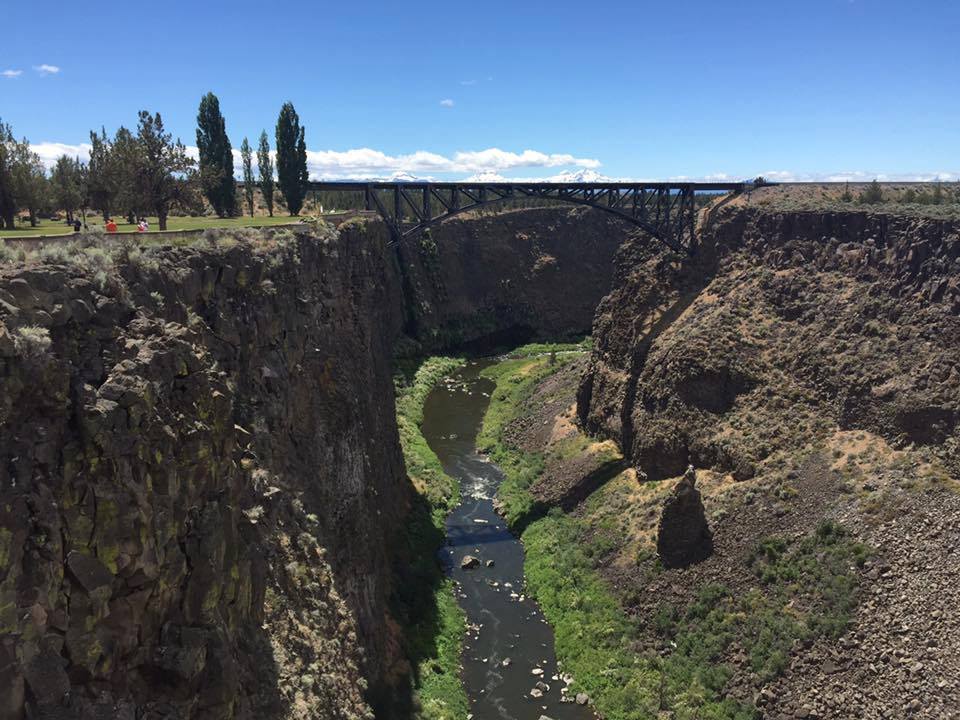 24-26 June, 2016
We had an amazing turn out of birders to help us. We had so much eager and competent help that we also counted many squares in northern Deschutes County, and even a few in Wasco. A flooded road limited access to two of our hotspot squares, but otherwise we reached all of the squares we aimed to count. Saturday evening we rallied at Calliope Crossing to call the Jefferson species list and socialize. Despite low species counts by each party, we collectively found a very impressive 165 species for Jefferson County.

Some species that seemed especially interesting to us were several EASTERN KINGBIRDS, a couple of MOUNTAIN QUAIL, a BEWICK’S WREN, TRICOLORED BLACKBIRDS (a male and a female at widely disparate locations), and a reasonable assortment of waterfowl including BLUE-WINGED TEAL and a brood of CANVASBACKS. In northern Deschutes there were BLACK-BACKED and AMERICAN THREE-TOED Woodpeckers along with the usual assortment of species. A WHITE-HEADED WOODPECKER harvesting bone from a skull mounted to a house in Sisters entertained many of us.

A big THANKS to everyone who participated in our 2016 Birding Blitzes. Looking forward to a great blitz season in 2017!